How Do Dogs Know to Be Gentle With Babies?

Google dogs and babies, and you will find the cutest pictures and videos of dogs cuddling and playing with babies. The adorable images raise a question: why are dogs so gentle with babies?

Dogs know to be gentle with babies because they want to protect the youngest member of their pack or family. This behavior is instinctual because dogs are pack animals that respond well to hierarchy. Interacting with babies also increases dopamine levels and makes them happy.

Dogs recognize that a baby is not a smaller person, but a defenseless member of the pack that needs to be protected. We will explain why dogs feel an urge to protect babies and how they come to see it as a reward. If you want some tips on how to get a dog ready for the arrival of a baby, we will provide you with some.

How Do Dogs Know a Baby Is Not a Small Adult?

Since a baby does not have a sign that reads “newborn baby—be gentle,” how does a dog know that this smaller human is a baby and not just a short person?

A dog might not be able to do advanced calculus, but they have enough common sense to realize that since puppies are small, then human puppies should be smaller also.

Newborn mammals share similar features—an oversized head, larger eyes spread further apart, and body and limb proportions not the same as adults. Dogs respond to those features on an instinctual level, just as we do with puppies and kittens.

Dogs, with their 200 million olfactory cells, are extremely sensitive to scents. They can even smell if someone has cancer, according to recent research. If they can sniff out cancer, they can tell that an infant smells different than an adult.

Sometimes we use smell as well. Many dog owners have noticed that puppies have sweeter breath when they are little. This is probably because they are consuming their mother’s milk and not eating dog food.

Dogs are social pack animals. Wolves–dogs’ ancestors–treated their packs as a hierarchical family unit, with the parents having the highest status. For a pack to function, the pups had to recognize that their mother had to be obeyed. Pups soon learned that disrupting that hierarchy led to a pack that did not function well.

Domesticated dogs have not lost the instinct for a hierarchical pack. When a dog joins a family, the family becomes their “pack.” There is a clear hierarchy—those who provide the food are the leaders. Everyone else is in the middle of the pack. And the youngest members of the family need the most protection.

As any dog owner will tell you, dogs have feelings, and losing a member of the pack would cause them to feel sad. It is in the dog’s self-interest to be gentle with a baby.

Some of the things you might see a dog do with a baby are things they will see a mother dog do. For example, if you see your dog lick your baby’s face, or sniff it, the dog checks to make sure the baby is okay.

Dogs have a clear understanding of who is in their “pack,” and they will defend anyone in it. This instinct is so strong that even the best trained and socialized dog will disobey commands if it senses a family member is in danger.

Dogs Have a Chemical Response When Bonding With People

People call the hormone oxytocin the love hormone or the cuddle hormone. It strengthens bonding between mothers and children (and also dads and their kids). Not only does oxytocin connect social information, but it also links that information to the reward system in our brains.

This positive feedback loop also happens when humans and dogs interact. When you pet a dog, its oxytocin levels rise, causing your levels to increase as well. Researchers were able to demonstrate this through various experiments. In one, dogs who were given a dose of oxytocin spent more time looking at their guardians than dogs given a placebo.

Dogs get a rush of the cuddle hormone when they snuggle with a baby. The oxytocin signals the dog’s reward system, which increases dopamine levels in its brain. You could say that the dogs see cuddling with a baby as a reward.

Are All Breeds Equally Protective?

Some breeds tend to be more protective of people. According to Jack and Wendy Volhard, dogs have four drives:

These drives can be generalized to breeds, but not all dogs in a breed will have a strong drive characteristic of such. Although Golden Retrievers typically have a high pack drive, a Golden with a high flight drive will find the arrival of a newborn stressful.

Breeds such as Golden Retrievers, Collies, Poodles, Beagles, and Boxers are excellent breeds for homes with babies. However, don’t assume that every Retriever will be protective of a baby. Some dogs will need more training than others if they are going to be around babies.

Do Dogs Need to Be Prepared for a Newborn Baby’s Arrival?

Your dog will need time to adjust to the arrival of a new baby and the routine changes. Most likely, your dog has already realized that there will soon be a new member of the “pack.”

Still, a dog will not be aware of all the changes that will occur when the newborn arrives, so the best time to do that is before the baby comes home. If a room will be off-limits once the baby arrives, do not wait until the night before. Change mealtimes to what will be the new normal. Any adjustments you make now will reduce the stress when the baby arrives.

What if a Dog Growls at a Baby?

A dog’s growl should not be misinterpreted. If the dog and the baby have gotten along well so far, the dog is merely trying to tell your infant to stop. Once the situation is resolved, the growling will stop.

This will most commonly happen when an infant begins walking and tries to use the dog to help it walk. The growl will often startle the kid, who will let go of the dog and land on its butt, and the situation will have resolved itself.

Follow these guidelines to prevent situations that can lead to growling:

Just as important, make sure that your dog has been trained and will obey basic commands, such as sit, come, down, stay, and leave it.

Dogs are gentle with and protective of babies because it is in their nature to protect the members of their “pack,” especially those they perceive as helpless. Also, by playing with a baby, a dog gets the rewards provided by the “cuddle” hormone. You could say that it makes the dog happy to play with a baby. 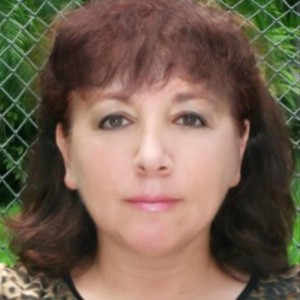 I am a dog trainer and behaviour consultant working with you one on one or "virtually" to help you raise an amazing dog!!
All Posts »
PrevPreviousHow Often Should a Dog Chew a Bone?
NextDid Your Dog Forget His Potty Training? Here’s What to DoNext

So Your Dog Hates On a Particular Dog – What’s Going On?

Should You Leave a Light on for Puppies? Expert Advice

Can You Allow One Dog on the Couch and Not the Other?

Uncovering the Dangers of Dogs Under Covers

Are Electric Blankets Safe for Dogs?